So we have seen that the movie industry has set some incredible records in the last several years (read more here), and that the word of mouth, which is a fundamental reason for the short head, works overtime when it come to movies (read more here).

Now let’s fly a little higher and check some more macro aspects of the movie industry.  For that purpose we shall take a look into the Theatrical Market Statistics 2012 that were published by the MPAA (motion picture association of America).

First of all it is good to know, especially for those in the movie industry, that the revenues are going up and that so is the number of digital screens and the price of an average movie ticket – the growth is bigger out side of the US but also domestic we see that the numbers go up.

But this is not what we are here for. We are here to check on the short head of the movies and see if and how the film makers react to it. The best way to learn about it is by checking the number of movies that were produced and released each year.

Is this the sound of a tail getting longer?

The big studios are making fewer movies year after year and in the meantime the small studios have doubled their releases in the last 10 years.

It seems like the big 6 studios fully understand and follow the rules of the short head scene while the small studios are still reading the book about the long tail.

But who says that the big studios are right? Maybe there is a long tail in the movies and they don’t know it?

The pareto of Hollywood

So I looked into box office mojo again and checked all the revenues of all the studios and all the movies that were playing in 2012.

According to BOM (box office mojo) the top 7 studios (the 6 MPAA members and Lionsgate which is the biggest independent studio) had 205 movies in 2012 (156 new and 49 that were released in 2011 and still running).

All 802 movies that were playing in 2012, according to BOM, made less than 11 billion dollars. That means that the big 7 studios were responsible for more than 90% of the revenues!

The other 92.3% of the studios hardly made any revenues…

This is a nice short head but maybe it has always been this way?

So I turned back to BOM and checked the numbers of 2002.

Did the revenue split differently back then?

Apparently there was already a short head back then. The short head of 2012 seems only a bit bigger than the one in 2002.

But when we examine the market share (in revenues) as a function of the movies share (not the absolute 100 movies but the 15% of the movies that were published in the year) the picture is far more dramatic.

It appears that the movie industry has shifted towards the short head, leaving the long tail to the small and medium studios. These small studios are still making more and more movies, trying and sometime succeeding to make a hit, but their revenues as whole are almost meaningless (sounds like what is happening to the long tail musicians… they tour much more than the popular artists but make less revenues – read more here).

The big studios are making fewer films, investing more and more money in each of them; they know that at this era all they need is a small amount of huge hits.

“Taking notice of changing industry economics and shifting consumer tastes has been modifying that blueprint. His strategy involves making fewer but more ambitious movies”. that is The New York Times wrote in 2010 about Jeff Robinov, the former president of the Warner Brothers Pictures Group. 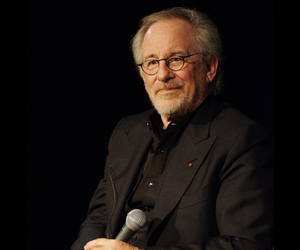 Steven Spielberg recently explained that in a panel at the University of Southern California that: “We can’t expand the week. We can’t expand the 24-hour cycle. So we’re stuck with so many choices. You’re at the point right now where a studio would rather invest $250 million in one film for a real shot at the brass ring, than make a whole bunch of really interesting, deeply personal — and even maybe historical — projects that may get lost in the shuffle because there’s only 24 hours”.

Spielberg, by the way, doesn’t think that this strategy will prevail: “There’s going to be an implosion where three or four or maybe even half a dozen of these mega-budgeted movies are going to go crashing into the ground and that’s going to change the paradigm again”.

But the short head isn’t a paradigm. It is a profound change in our economy – in the demand and supply. The consumers, or at least most of them, in this case the moviegoers, don’t really want a long tail. They want hits. On the other side we have the suppliers, in this case the studios, who are doing what is right for them – focus on a small amount of potential hits and meeting the demand.

If one or more studios would fall in the process it probably won’t really change a thing.